I’m excited to share that Forever from Lion will be screening in competition as part of the International Competition at Bucharest International Experimental Film Festival! A curator’s statement:

“In FOREVER, personal and universal history collide in a woman’s story of adolescence after the Chernobyl accident. Visually replicating the effects of radioactivity, this nostalgic bricolage of archive and pop-culture material signed by Daniel McIntyre creates a complex comparison between the ephemerality of film, that of the human body and of memory. As the image withers into abstraction, the only thing that is left is to accept that individual lives cannot be lived outside of worldly struggles, but are an organic part of them, forever locked in a mutually influenced process of change.”

It is part of Alternative History: Lying to Tell the Truth among some great company. 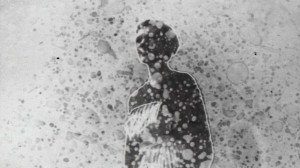